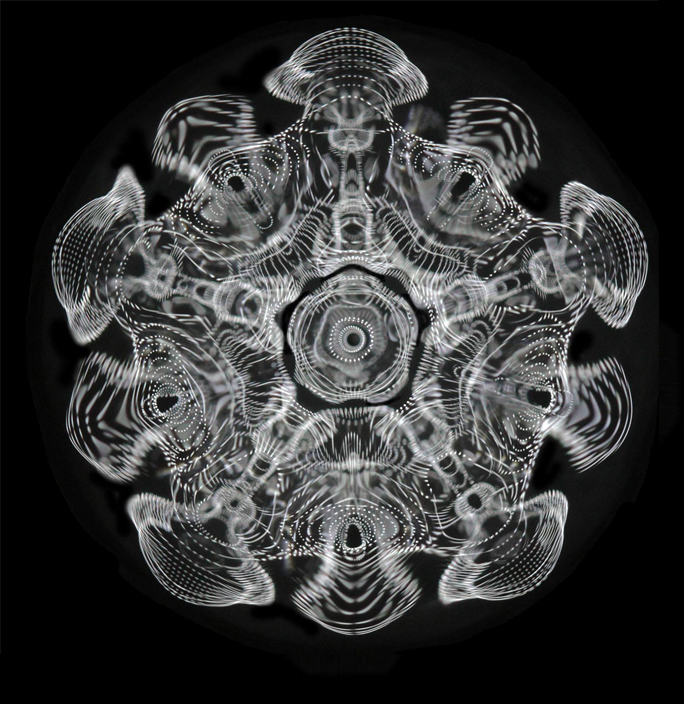 CymaGlyph - A photograph made by the scientist John Stuart Reid. He has been capturing the vibrations of water when exposed to musical notes. In this case it is the musical note A. Each note shows a different geometrically shaped interference pattern, looking like a madala. This the core starting point for all shapes in the collection (the shape of soud). 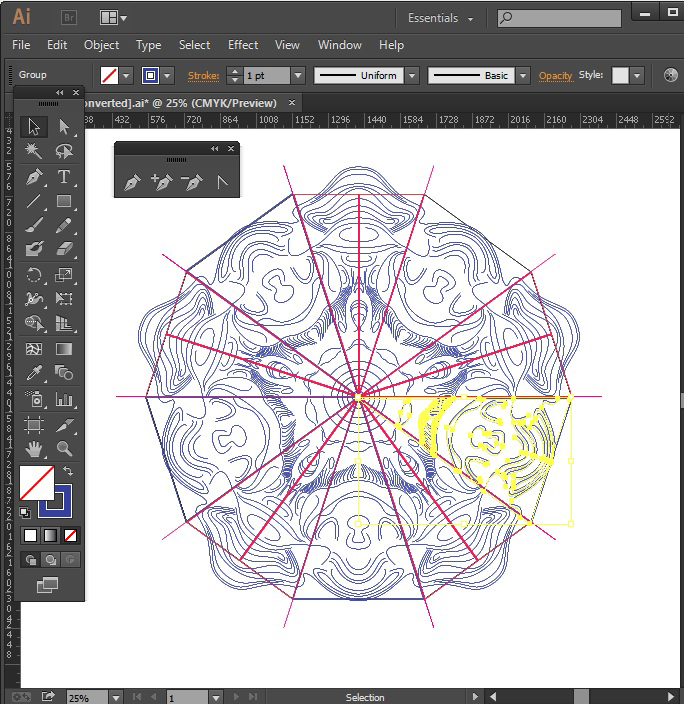 This CymaGlyph was taken as a reference and interpreted as a line-drawing in Adobe Illustrator. At first, it was interpreted as a line drawing whereby the lines never cross. The same file was used as for the shape experiment for dress 1, but this time way smaller (4,5 cm high) and for the purpose of surface texturing. 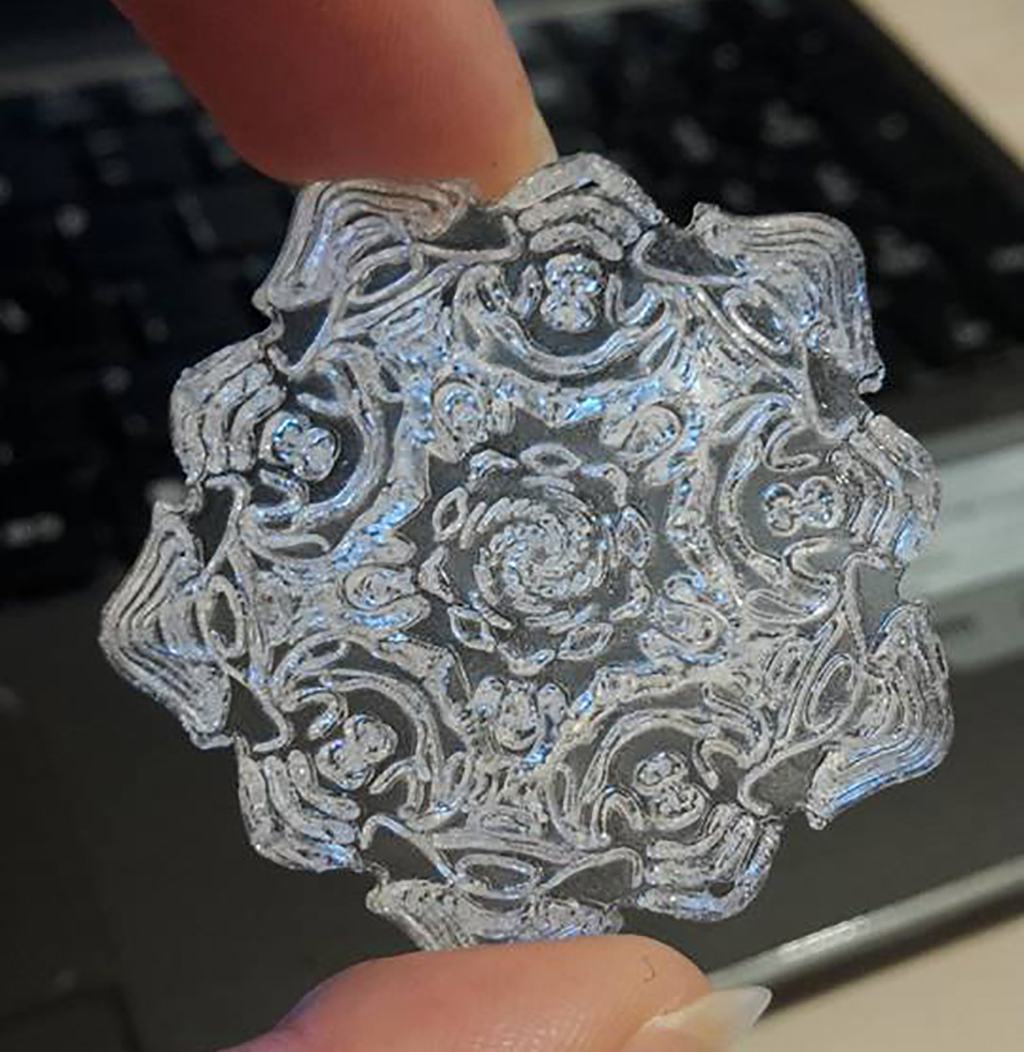 The illustrator drawing was uploaded into laser cutting software. The outer lines were programmed to cut through the material (3mm Perspex) while the other lines were supposed to cut only half-way in. This was meant for exploiting the light conductive properties of Perpex in a way, that the ornament inner lines too would absorb light, instead of the outlines only. 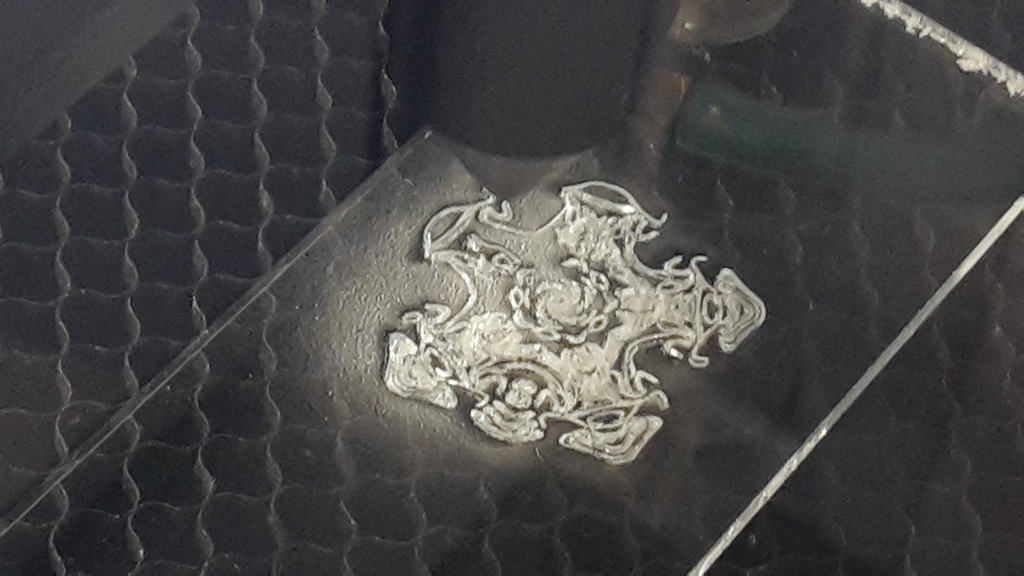 There were difficulties creating the half cut effect as the Perspex tenden to overheat too much and become white. When this happenes, the light conductive effect does not work anymore. 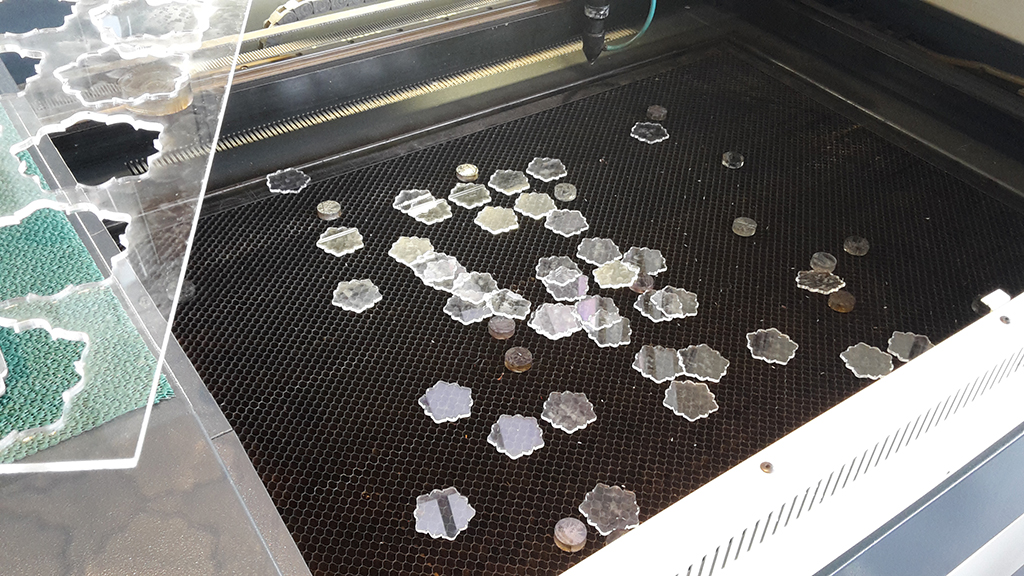 Approximatelly 500 pieces were cut. Part of them with the engravings and part of them without. All of them had 5 little holes, so they could be connected together and become a drapable material. 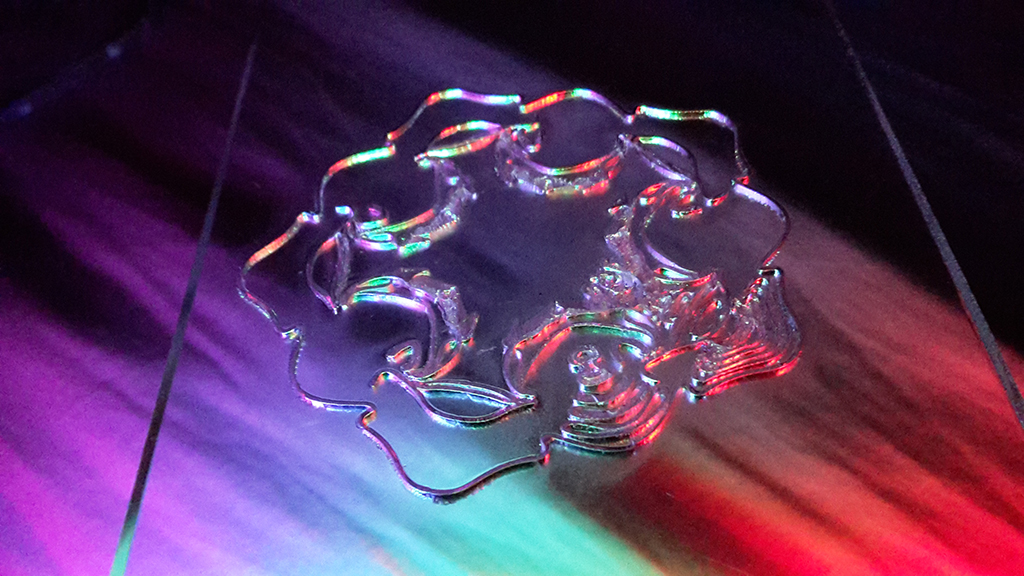 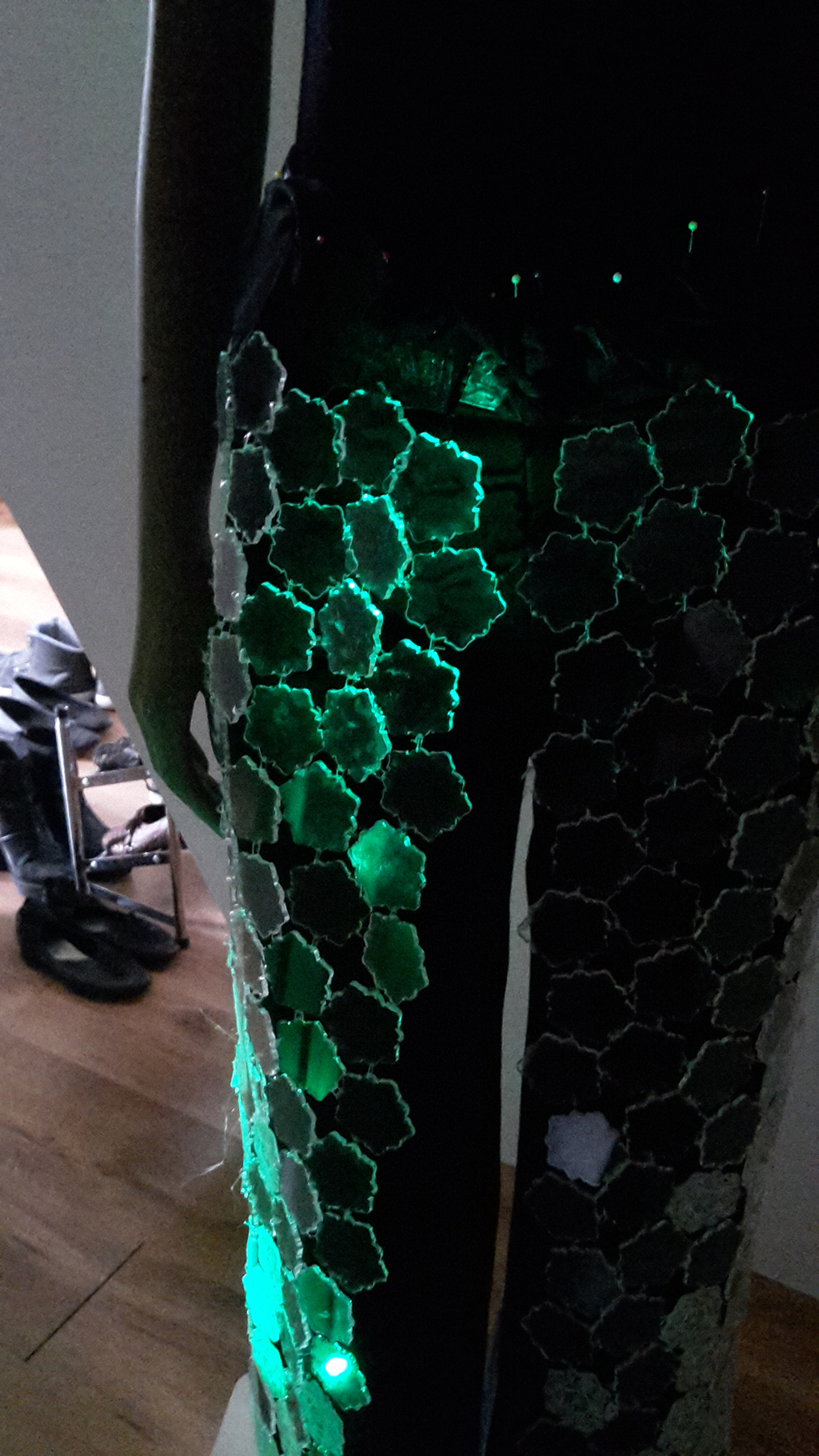 Light from outside creates a really good angle. 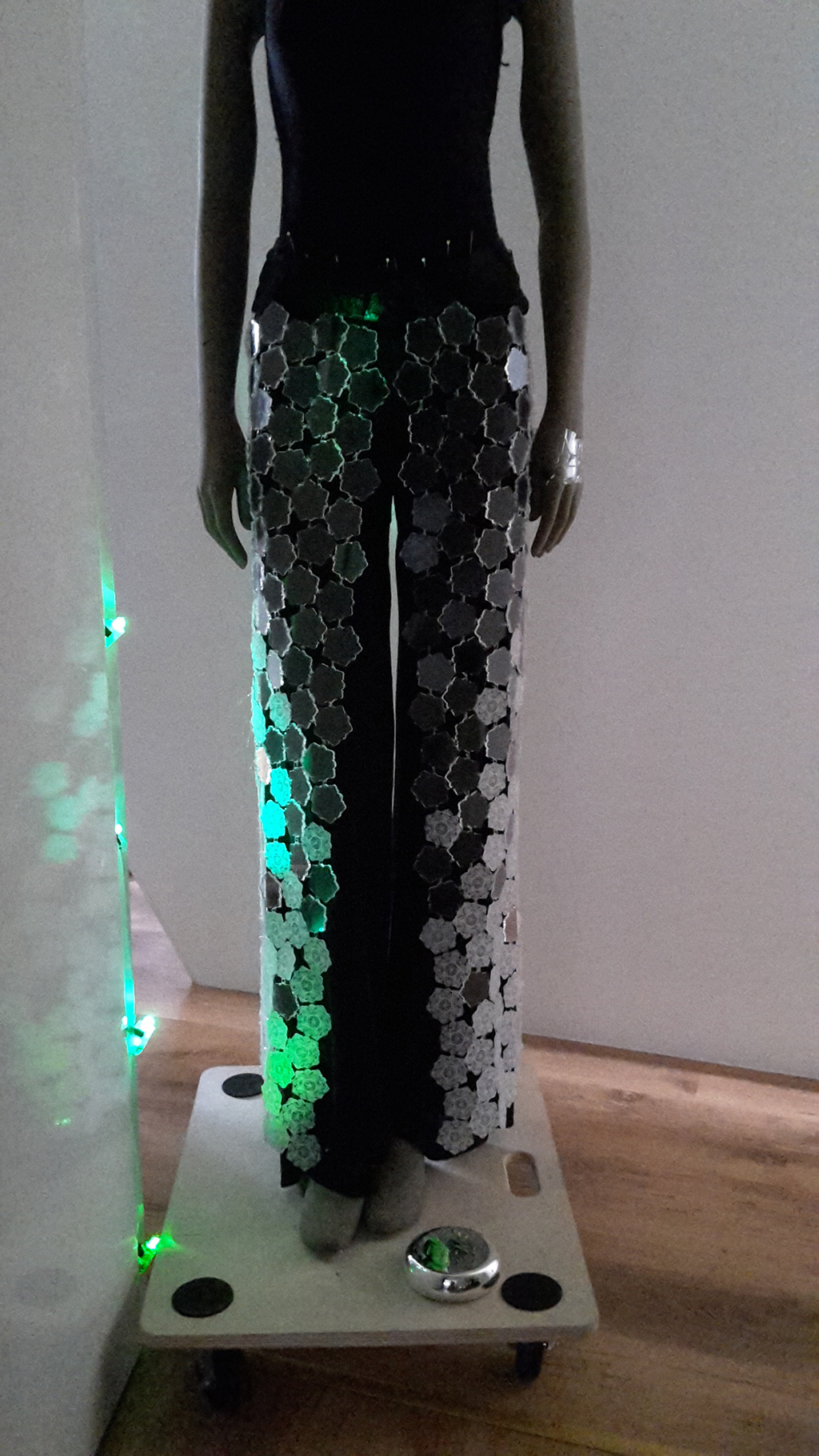 It would be ideal to achieve this effect, but as the lights are going to be on the inside and closer to the Perpex, the effect is not going to be thesame as here. 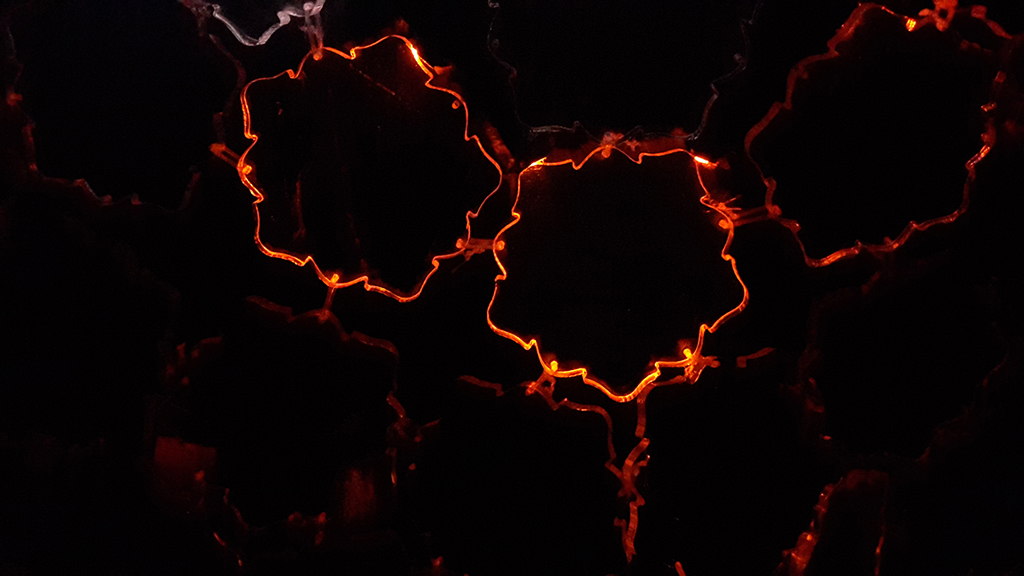 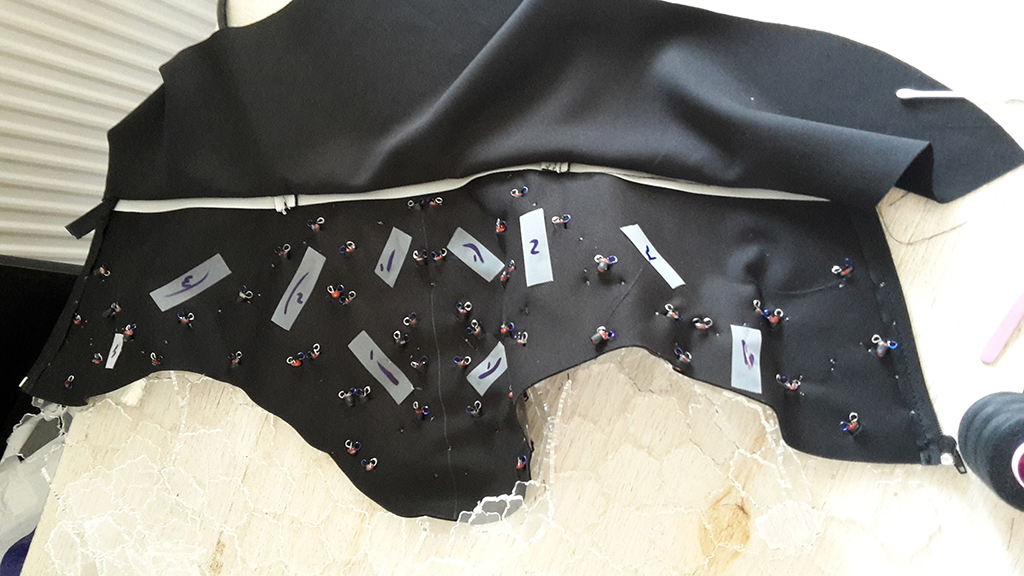 To create light bridges, LED's needed to be placed on the edges of the Perspex pieces of the pants. This was rather complicated as the exaxt right angle was needed to achieve the effect. Thereroe first the Perpex needed to be ficated to the belt and then through little holes, LED's were plushed though partially covered with black tube. This was to minimize the visibility of the LED itself. 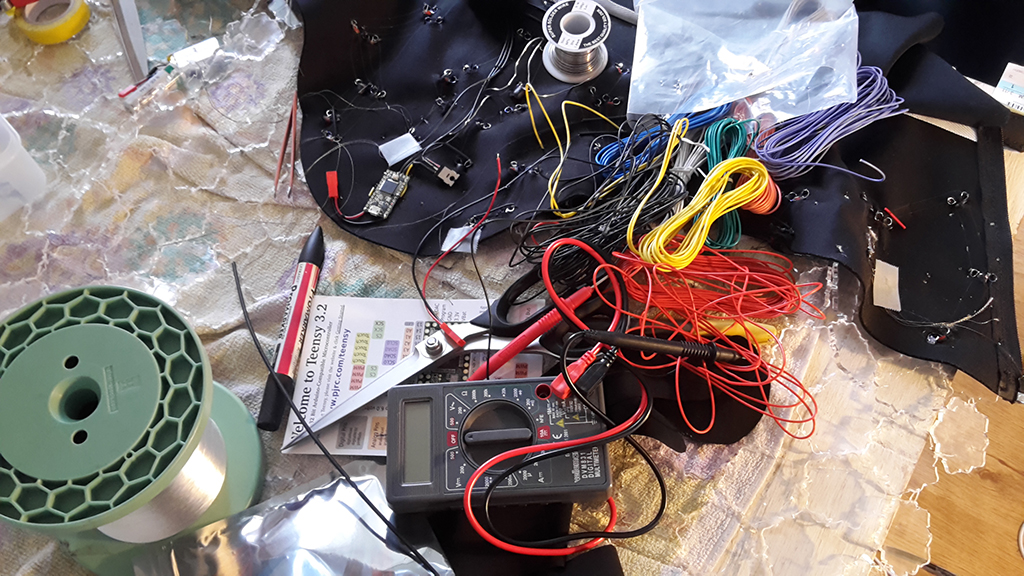 This part of tyhe belt holds a lot of tension. Therefore it was not an option to use the conductive thread allover, so I needed to use actual wire at some parts instead. 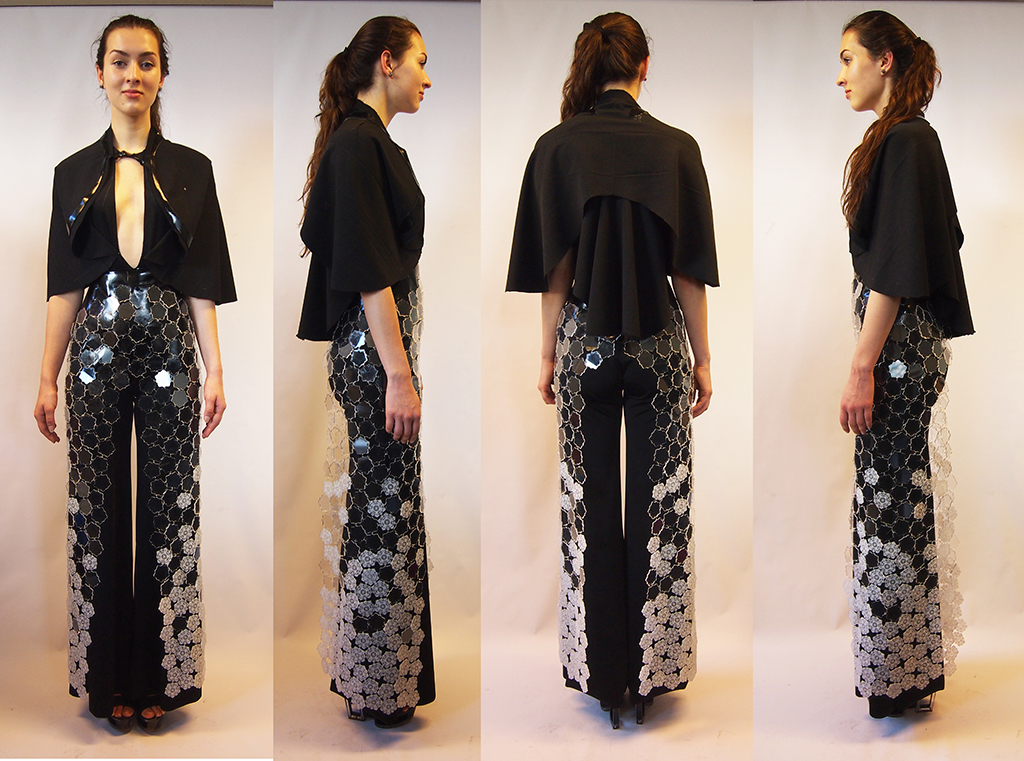